The mutant hybrids that shock the world are made in Italy and created them Laira Maganuco. 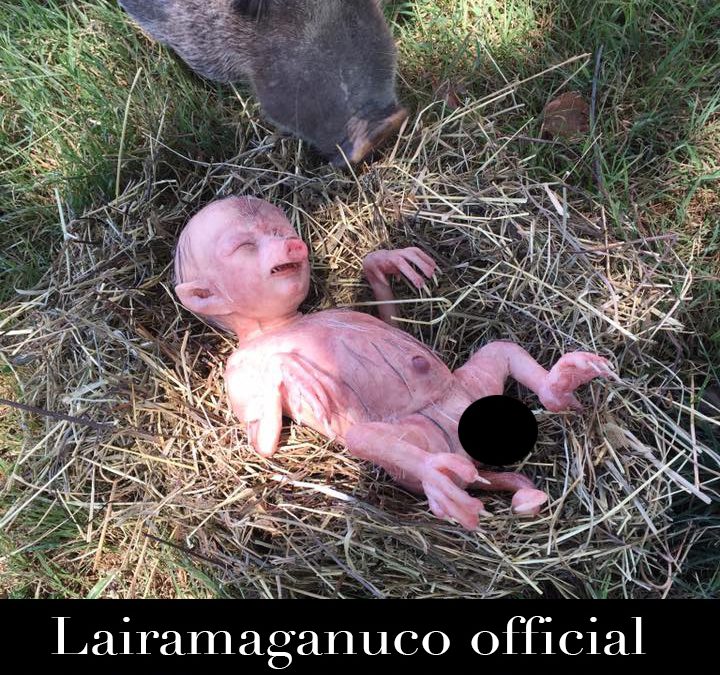 “When I heard that the Indonesian police had formally requested investigations to verify that these creatures were really my sculptures, I rolled my eyes in disbelief. “

Milan, July 2018
Not just one, but four, the times that a hybrid created by Laira has shocked the world: they have appeared on the web of photos that Laira has naively posted on his personal profile of Facebook and that from there, in a chain reaction that has had place in India, they spread in a few days ending up on everyone’s lips. Many people have sworn that they have spotted these strange creatures; the police intervened to make sure they were not real living beings, as everyone feared – or hoped. It was actually works of art created by Laira Maganuco, known hyperrealist sculptor who manages to bend a capricious and stubborn material like silicone, creating sculptures that on one side faithfully reflect the real prototypes to which Laira inspires and at the same time they pull out from that dreamlike and mysterious world our deepest fears and desires.

Laira Maganuco is the figure that made the birth of the werewolf child, the mouse woman, the baby pig and other figures, like the Blood Enigmist, the “Bocca”, a strong sculpture that hides a rather evident message . The artist is placed on the web in a list of estimated hyperrealist sculptors, and sometimes even referred to.
At first sighting of one of Laira’s “Baby creatures”, protest groups were immediately organized, which addressed Laira with words of blame, accusing her of having staged the existence of these creatures for the purpose of advertising.
“When I heard that the Indonesian police had formally requested investigations to verify that these creatures were really my sculptures, I rolled my eyes in disbelief. I do not know why Asia Minor, India and China love so much to follow me, I have never asked my marketing manager to advertise or otherwise in those territories. We thought it was a matter of credulity, but we were wrong, when I published the baby pig on my personal profile in a few days was shared 256,000 times and this time the sightings were made in Italy, Spain, Romania, Brazil, United States and via saying. Admitting that the whole globe was so gullible seemed too much and so we changed our thinking. Facebook has been forced to remove my personal post because some people did not like my sculpture and considered it offensive, because I created a hybrid that put the man and the pig on the same level. Anyone who knows me knows that I am a lover of animals and I have dedicated a large part of my energy both artistic and economic to create the Real Mommy, an artificial breast to feed the puppies left precociously orphans. ”
In fact, Laira loves animals so much to be surrounded: noisy and cute dogs, kittens, up to a rooster and Pepito, his pig a little ‘overbearing. Pepito in fact is the piglet in the photos that have become viral: not a staging, but a playful picture as he had previously done with a chiwawa silicone put next to his adorable – and live – chiwawa for a photo of family mom -puppy. The concept of the nativity and the love for the puppies are due to the great commitment that Laira shows in the care of some foundlings, who often die. Even these misadventures are entirely part of the cultural baggage of the artist who infuses life and hope to his works of art. As he writes on the site “I love to sculpt the ugly as the beautiful because nature provides for the existence of one as much as the other.”
So to the question “the creatures seen on the web are true?” The answer is “Yes”: they live of the fire that only an artist can give to a work and that is why they are continually exchanged for living beings found in arcane places . They are not dolls, but sculptures of artistic and moral value very high and, once again, it is Italy that surprises the world with its art and particularity as it has always done.

Laira Maganuco is able to stimulate the nature, refining her own style that finds a place in the hyperrealism and surrealism world. She is able to improve more and more her sculptural technique that leads to the creation of unique silicone works. Thanks to her accuracy, her labours are never obvious. The discovery and evolution are themes that characterize the Laira Maganuco’s artistic style.